Independent fairness opinions are used by companies looking to complete a merger, acquisition, or other large financial transaction in a smooth manner, allowing both parties to determine if the agreement is in their best interest. Typically, they are a financial analysis of what each party gives and receives during the partnership, and this analysis will show if the agreements at hand are mutually beneficial. It's important to note that these analyses are performed by professionals to the benefit of both company directors and shareholders, all while not legally constituting as advice.

They're Performed By Professionals

Fairness opinions are only performed by professionals able to understand the information at hand. They are typically performed by banks or other firms able to analyze the complicated financial details of anything ranging from a bankruptcy to a stock-buying agreement resulting in new ownership, or even a hostile takeover. The financial analysts will be called upon by one or both parties to assist with negotiations. They can look at the agreement and the financial makeup of the companies at hand and say the deal is either fair or unfair, depending on what they find. This analysis is helpful for both the companies and their shareholders.

They're Helpful To Shareholders

Fairness opinions are not only helpful to the managers of any two or more companies but also their shareholders. Frequently, the deal being made is hugely influential on the stock price of the company being bought or sold, and higher prices for these companies result in higher stock prices. As such, shareholders have an incentive to fight for the highest possible price while the acquiring company wants the lowest price they can have. This back-and-forth can be partially remedied with a fairness opinion from a third-party. They can prevent a shareholder class-action lawsuit due to a depressed acquisition price while guiding the acquiring company on a fair price to pay.

They Are Not Advice

Finally, independent fairness opinions are not advice in the legal, financial, or any other sense. This keeps them independent — they are not beholden to the well-being of either party, just the facts of the case. They are legally important, however — for example, in 1985 the Supreme Court of Delaware determined that an acquisition between two companies resulted in negligence on both sides. The acquiring company offered an unfair per-share price for the target company, and the latter firm did little to fight it. This resulted in harm to the shareholders that could have been avoiding with an independent analysis.

If you are interested in an independent fairness opinion for your financial merger, acquisition, or other transaction, contact an advisory firm or bank near you today.

Read in about 3 Minutes 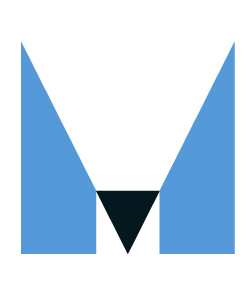 Growing up, many of us are taught not to talk about money. Personal finance used to be seen as a private matter, and not something to be discussed over the dinner table. What this resulted in was a lot of people who don't know quite as much about money as they should. Here's the good news: you don't have to be scared to talk about or ask about money anymore. That taboo is melting away! We want to be part of changing that stigma around money, which is why we share articles on this blog. Start reading, and you'll learn everything about finance that you should have learned earlier.